The best way to educate and persuade decision-makers is through stories. Our team of blog contributors builds stories with good data analysis. Storytelling using data is our thing! 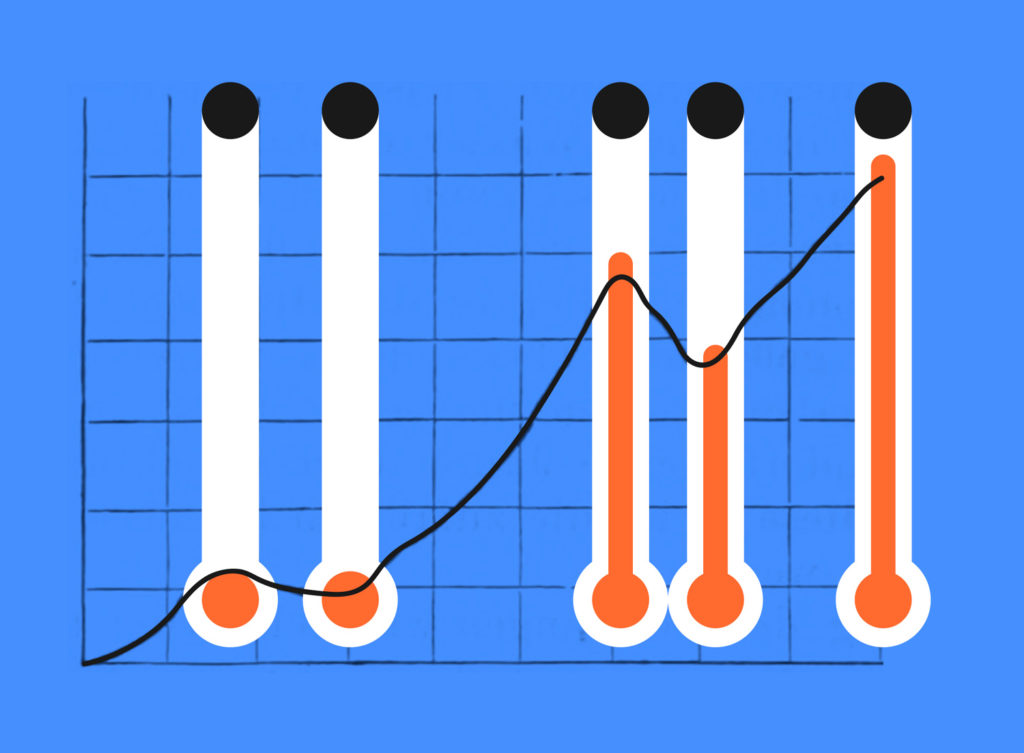 Data, numbers, options and lifestyles in the context of climate change 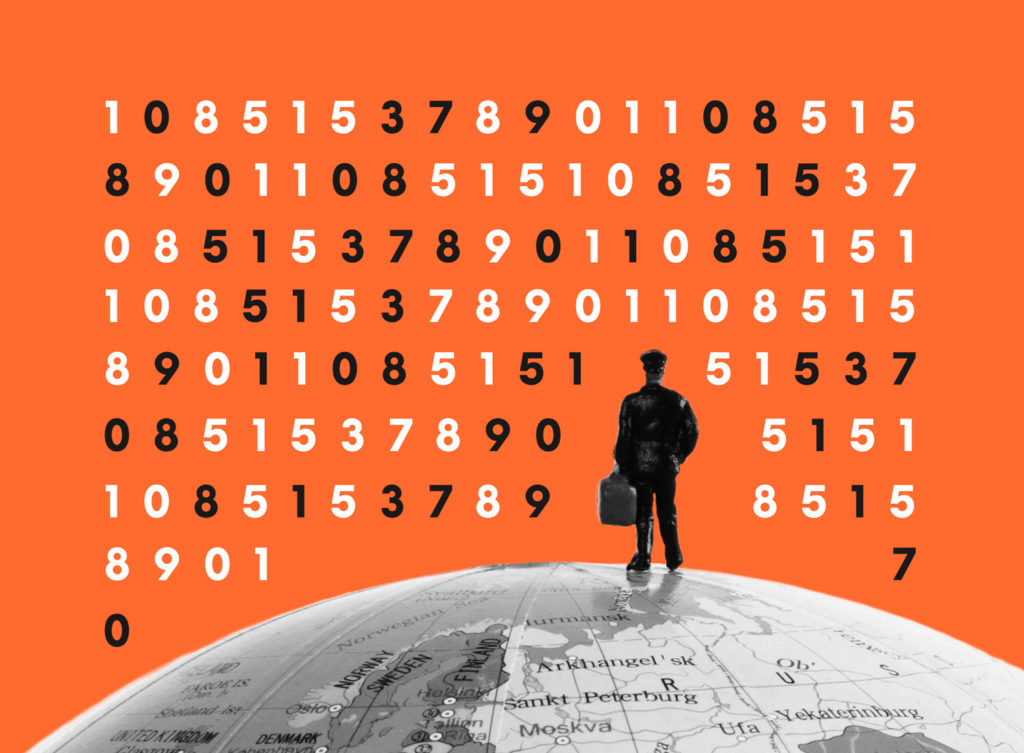 How many people have lived in the World? 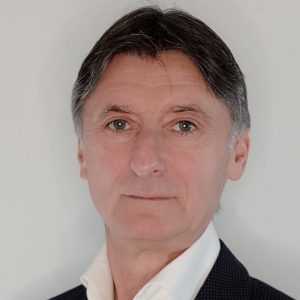 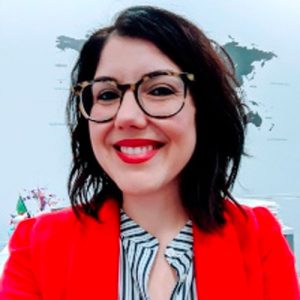 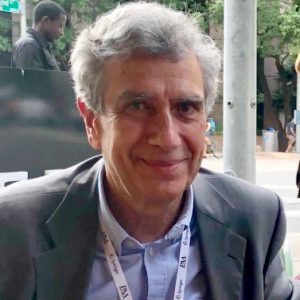 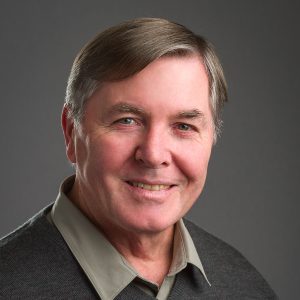 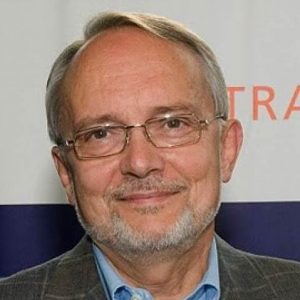 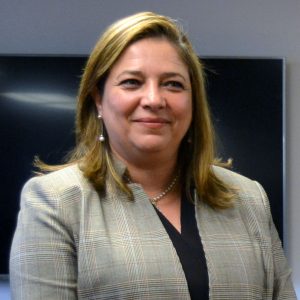 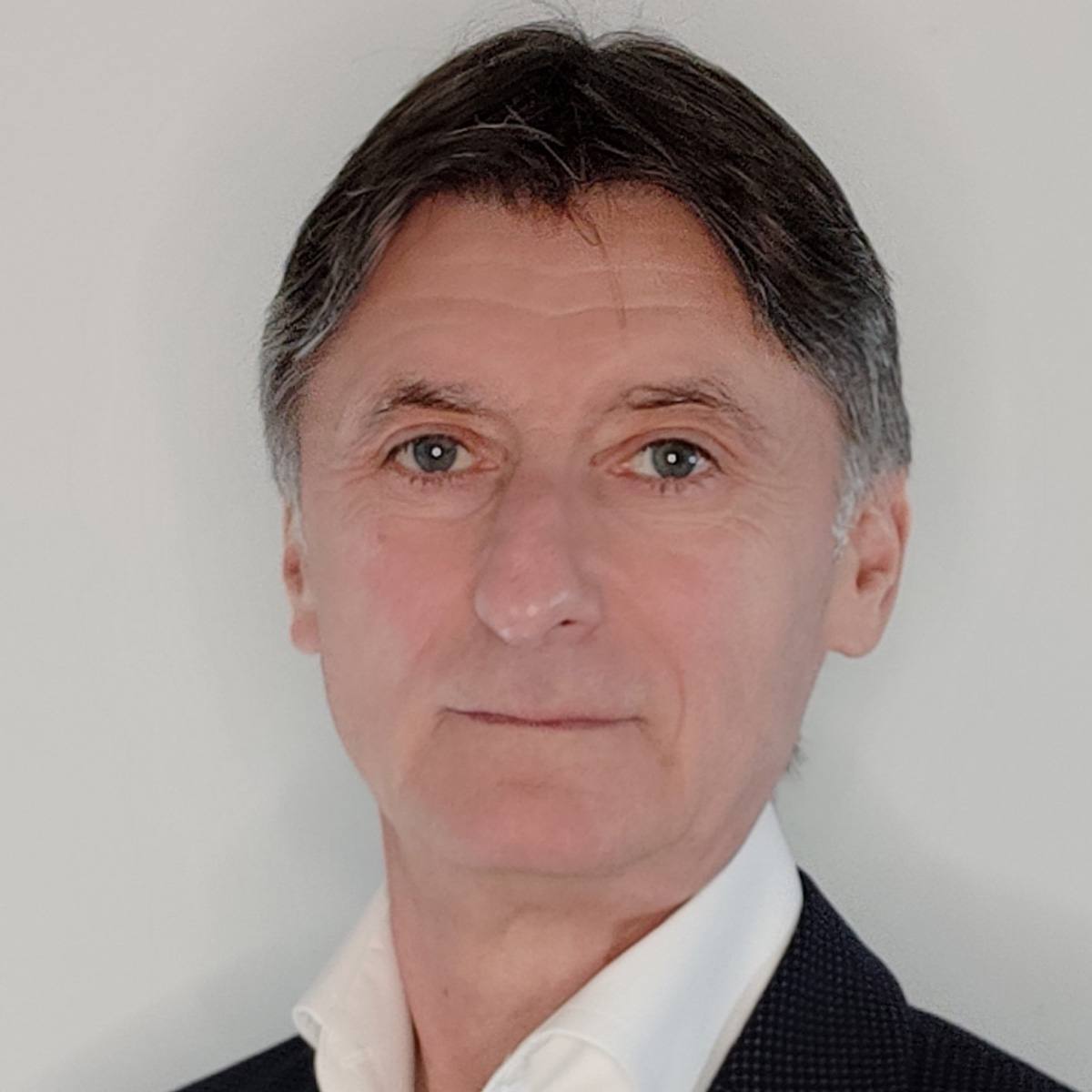 Nikolai Botev is a visiting scholar/adjunct faculty at the Institute of Demography and Department of Demography, HSE University, Moscow. He started his career as a researcher at the Higher Institute of Economics in Sofia, Bulgaria, before moving on to work for the United Nations. Until his recent retirement from UN, he worked for the Population Fund (UNFPA), where among other things he was Director of the UNFPA office for Central Asia. Prior to that he was with the UN Economic Commission for Europe (UNECE), where he managed a data-collection and research project on population ageing, and coordinated a number of high level inter-governmental meetings. Nikolai Botev holds a Ph.D. in Demography from the University of Pennsylvania (Philadelphia, USA). His professional and intellectual interests cover population and public policy (incl. the motivations, tools and outcomes of pronatalist policies), intermarriage and inter-group relations, population ageing and its social and economic implications, as well as historical demography and the theory of the demographic transition. He has published in journals like American Sociological Review, Population and Development Review, Population Studies, European Journal of Ageing, and has lectured in a number of academic institutions. Springer recently published his The Sexuality-Reproduction Nexus and the Three Demographic Transitions: An Integrative Framework (ISBN: 978-3-030-37555-3). 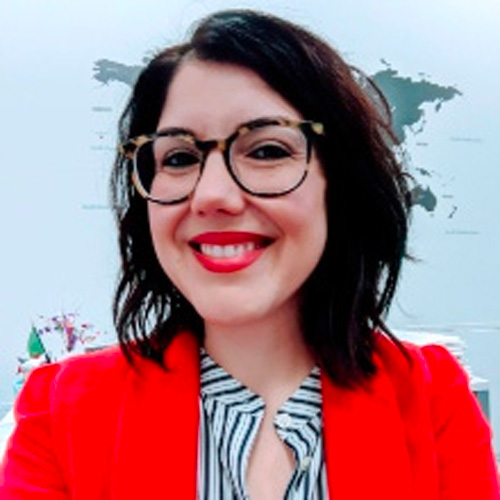 Diana E. Páez is Senior Director of Grants & Partnerships at the William Davidson Institute at the University of Michigan (U-M), an independent, non-profit research and educational organization working to help businesses thrive in low- and middle-income countries. In addition to leading the Institute’s business development efforts and overseeing grant-funded projects, Diana works to create value for businesses operating at the intersection of energy and mobility in emerging markets. Before joining WDI, she served as a Program Officer for the Higher Education for Development office of the American Council on Education in Washington, D.C.; a Program Manager for the National Democratic Institute; and a Public Sector Governance Consultant for The World Bank Institute. Proudly born and raised in Monterrey, Mexico, Diana has a JD in Law and Social Sciences from the Universidad Autónoma de Nuevo León, a Master’s degree in Public International Law from Université de Paris II, Panthéon Assas, and a Master’s degree in Prospective for International Studies from Université de Paris V, René Descartes. More recently, she completed a Foundations of Mobility Certificate from the University of Michigan College of Engineering. A passionate of international development, cross-cultural perspectives, and the power of serendipity, Diana enjoys learning, traveling, reading, and writing. 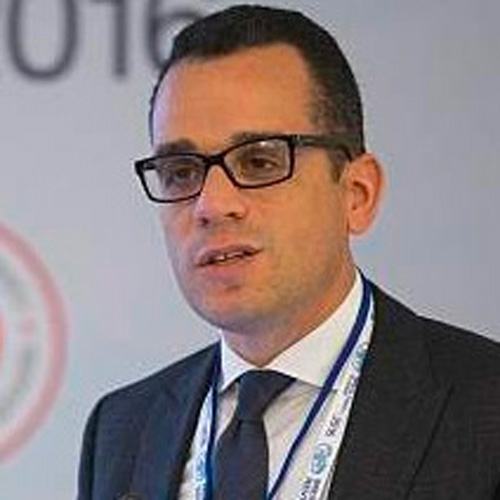 Daniel Schensul is Humanitarian Data and Risk Specialist for UNFPA’s Humanitarian Office. In this role he supports humanitarian work in high risk and emergency contexts in assessing and addressing risk and improving data and targeting for humanitarian preparedness and response. In this and prior roles, he has conducted extensive research on climate change risk and adaptation, as well as disaster vulnerability, including in Indonesia, Malawi, Maldives and the Caribbean. He also worked on research and policy in support of intergovernmental agreements and commitments the world’s governments have made related to population change, sexual and reproductive health, gender equality, climate change, humanitarian response and other areas. Dr. Schensul is co-editor of two books and has authored multiple papers on population issues and climate change, and has published on urbanization, sustainable development and demography. He received his BA from Columbia University and his PhD from Brown University. 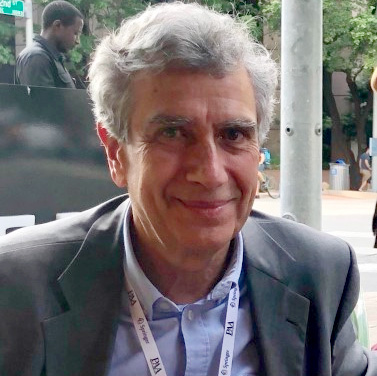 Jacques Véron is a French demographer and emeritus senior researcher at INED. He has been head of International Affairs Department of INED ant then Deputy Director. He has been a member of the French delegation to the United Nations Population and Development Commission for more than ten years. His research focuses on the relationship between population, environment and development. He is also working on Indian population dynamics in collaboration with Indian demographers. He was member of the team of the first survey on international migrations from Punjab. He is now studying the impact of cyclones in the Odisha State. He has also a special interest on the history and the epistemology of demography. In addition to his articles, he has published a number of books: Démographie (1991), Arithmétique de l’Homme (1993), Population et développement (1994), Le Monde des femmes (1997), Leibniz et les raisonnements sur la vie humaine (2001), L’urbanisation du monde (2006). He has edited Ages, generations and the Social contract. The Demographic Challenges facing the Welfare State (2007) and is co-editor of the Handbook of Population and Environment to be published in 2020. 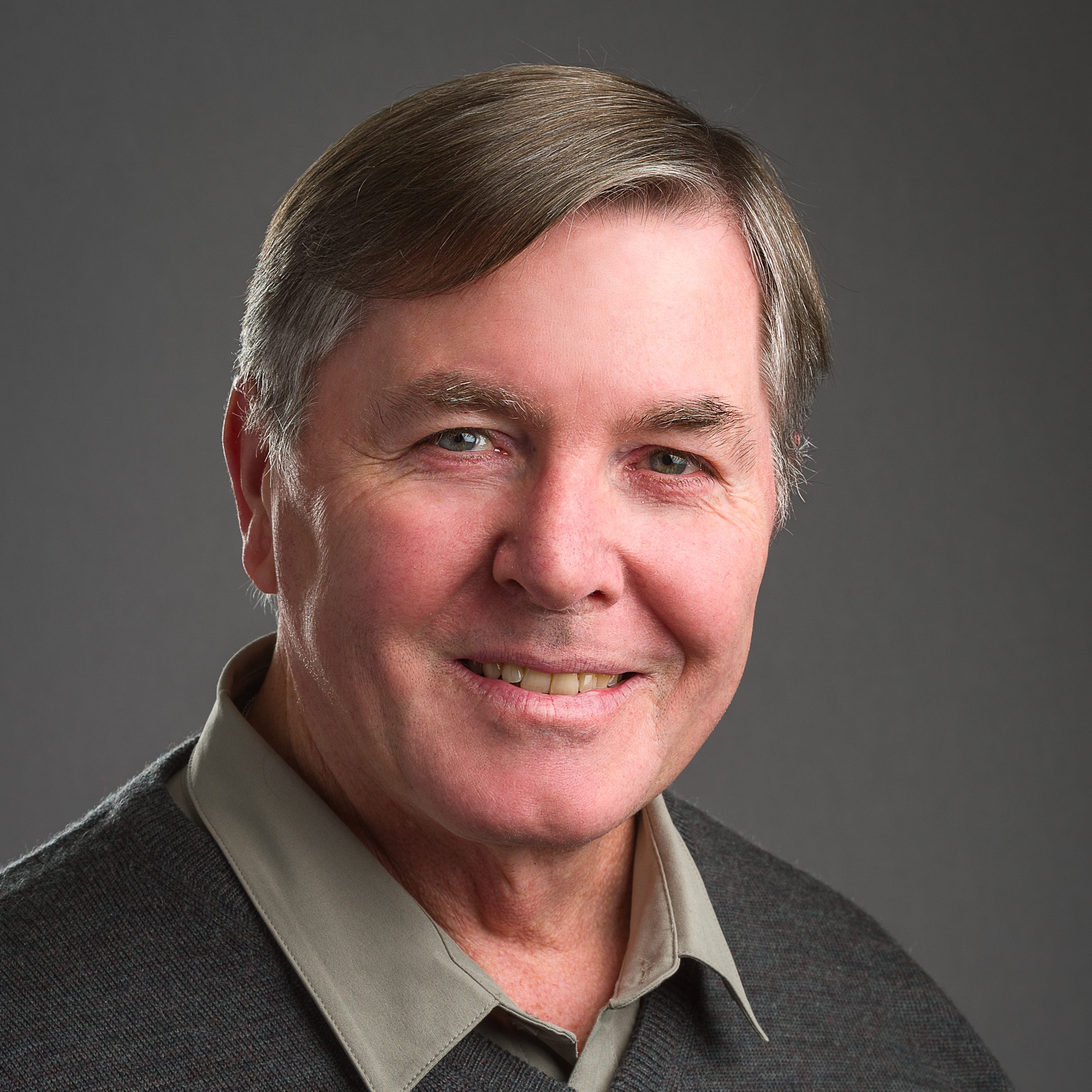 Terence (Terry) Hull is Emeritus Professor of Demography at The Australian National University. He was President of the Asian Population Association for the period 2013-2015 and from 2015-2018 serves on the APA Council as the Immediate Past President. Since 2001 he has been on the International Steering Committee of the Asia Pacific Conference on Reproductive and Sexual Health and Rights. Before retirement in 2013 he was Professor of Demography in the Australian Demographic and Social Research Institute (ADSRI — now the School of Demography) and Adjunct Professor of the National Centre for Epidemiology and Population Health (NCEPH). In the latter position, he held the JC Caldwell Chair in Population, Health and Development. In his position as Emeritus Professor he is attached to the School of Demography in the Research School of Social Sciences, the College of Arts and Social Sciences. In 2015 Hull was made a Technical Advisor for the University of Melbourne’s Bloomberg Data for Health Initiative, a four-year project to improve civil registration and vital statistics in twenty countries. His focus will be on Indonesia, but he will also assist with training and program assessment.

Dr. Alexandre Sidorenko is an international consultant on policy and programs on aging, including advisory services and training in Eastern European countries and countries of the former Soviet Union. His current assignments and duties: Member of the Societal Advisory Board of the EC Joint Program Initiative “More years, better lives”; Global Ambassador for HelpAge International (London, United Kingdom); International tutor, International Institute on Aging (UN-Malta); Member, Board of Trustees, World Demographic Association Forum Foundation (St. Gallen, Switzerland); Senior Advisor, European Centre for Social Welfare Policy and Research (Vienna, Austria). Previously, Alexandre Sidorenko was the Chief of the Population Unit, UN Economic Commission for Europe (2010); and Head of the United Nations Program on Aging (1988-2009). Dr. Sidorenko was born in St. Petersburg, Russia. He received his early education in Ukraine. Dr. Sidorenko pursued graduate studies in medicine, obtaining a Ph.D. in cellular immunology. He was a lecturer at the Kyiv Medical University from 1975 to 1978 and had ten years’ experience in experimental gerontology at the Kyiv Institute of Gerontology, spanning from 1978 to 1988. 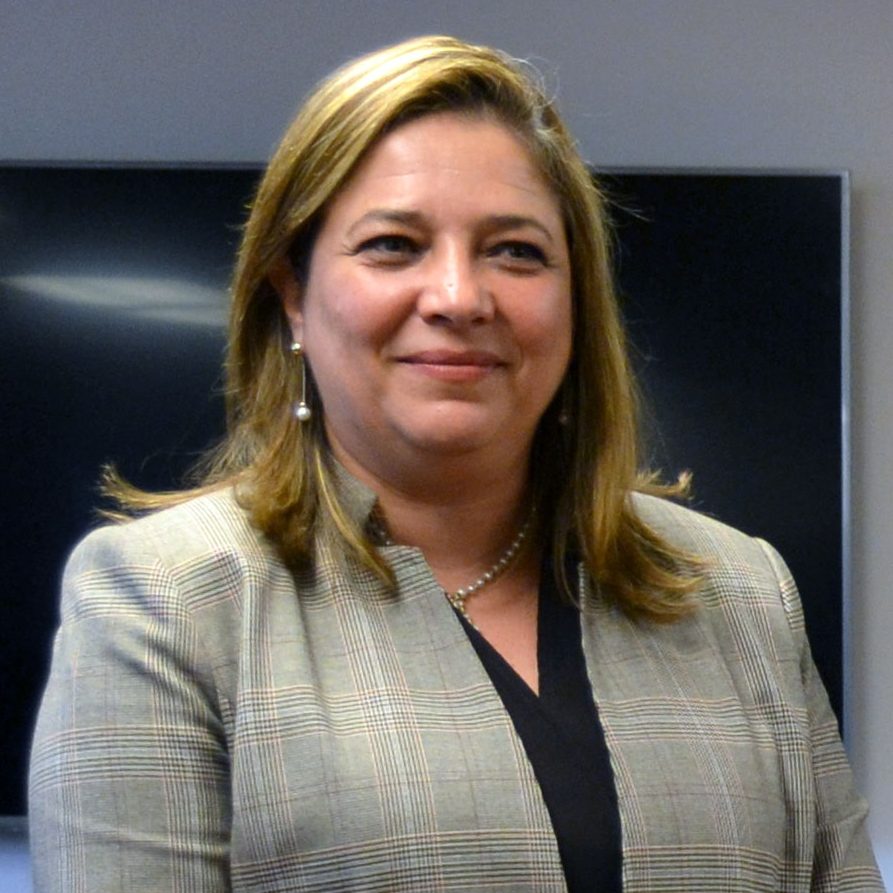 Silvia Giorguli is the president of El Colegio de México and a faculty member of the Center for Demographic, Urban and Environmental Studies. Her research focuses on international migration from Mexico to the United States and its consequences on education, family formation, and family dynamics in both sides of the border and the transition to adulthood in Mexico and Latin America. She is co-researcher in the Mexican Migration Project. She received a PhD in Sociology from Brown University.

Have a project in mind?